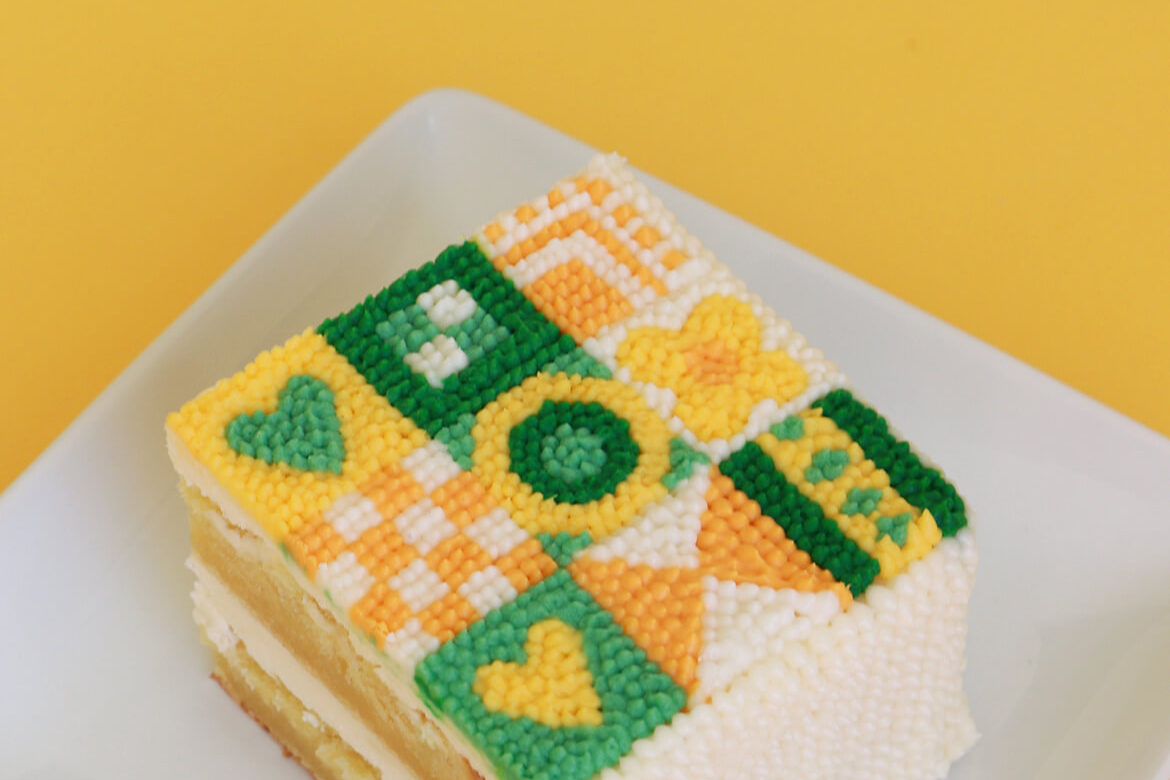 Today Arla is commemorating the nation’s favorite seasonal dessert topping with its own official holiday: America’s first-ever National Cream Cheese Frosting Day. To celebrate, I’ve whipped up a delicious cream cheese frosted cake with Arla cream cheese. The frosting was so delicious, it was slightly dangerous to have in my kitchen due to my lack of self-control. 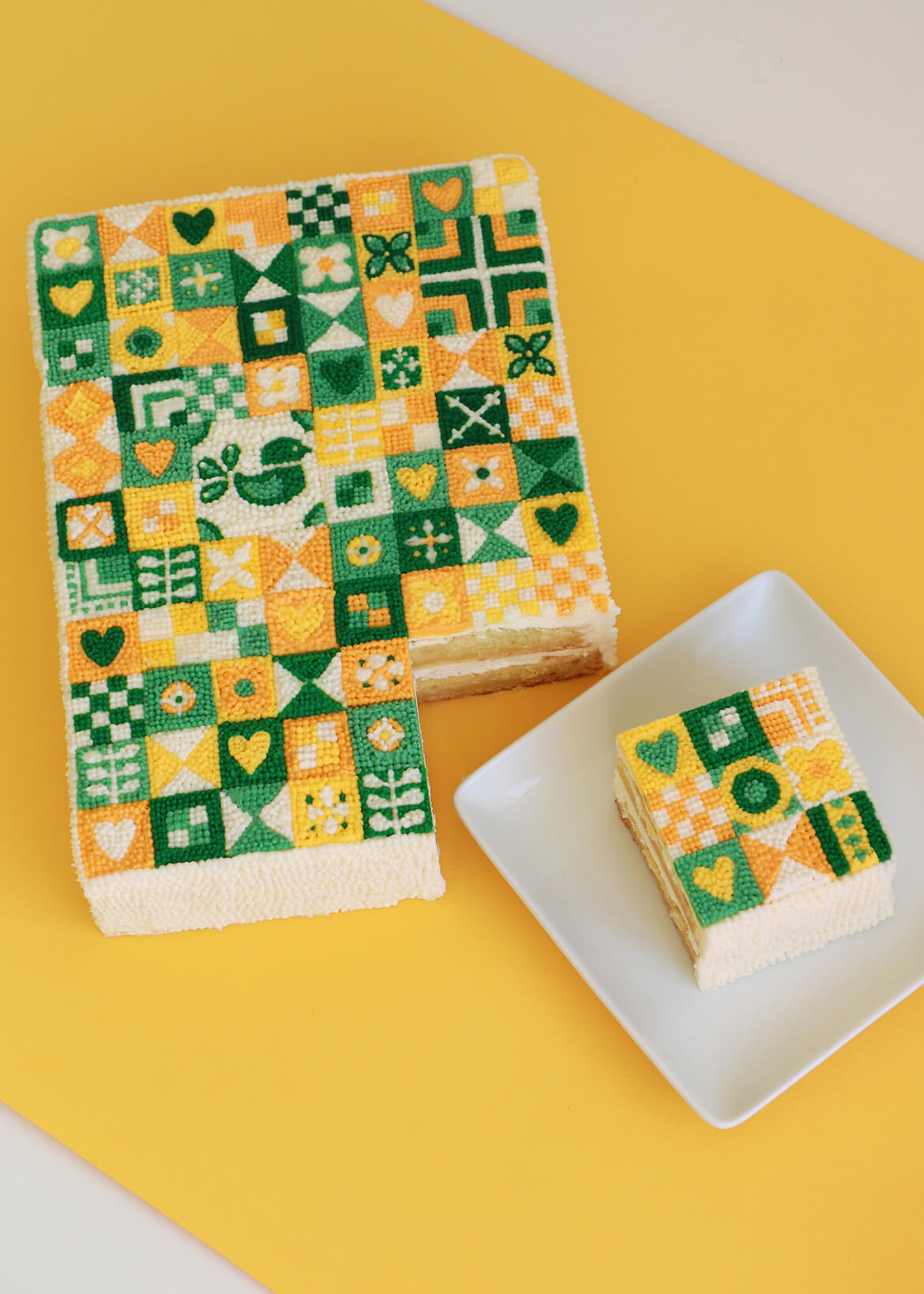 For the design, I went with a Danish folk art-inspired pattern as a nod to Arla’s Denmark origins – and individually piped each dot of the pattern to play off folk art’s common use in textile form. 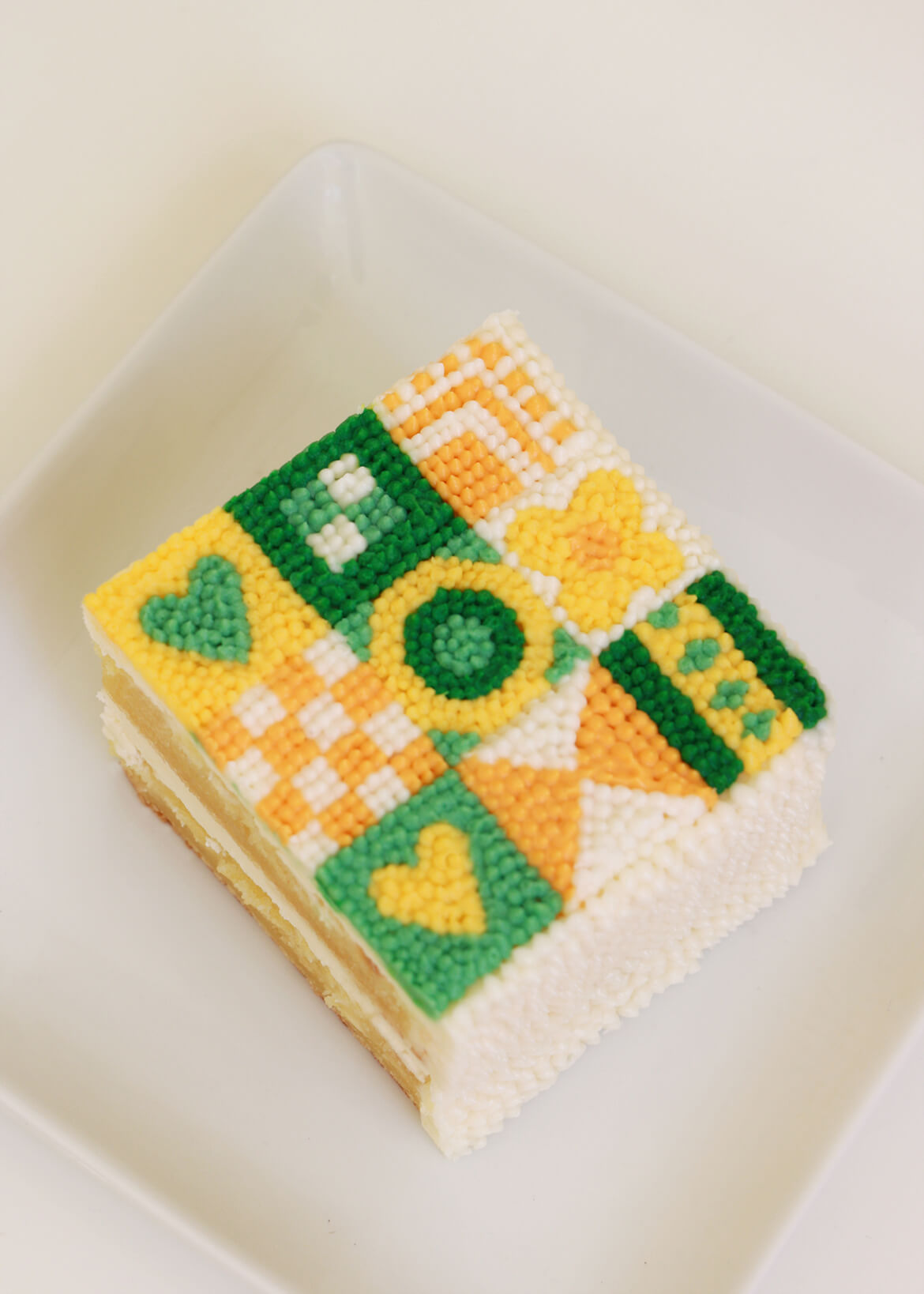 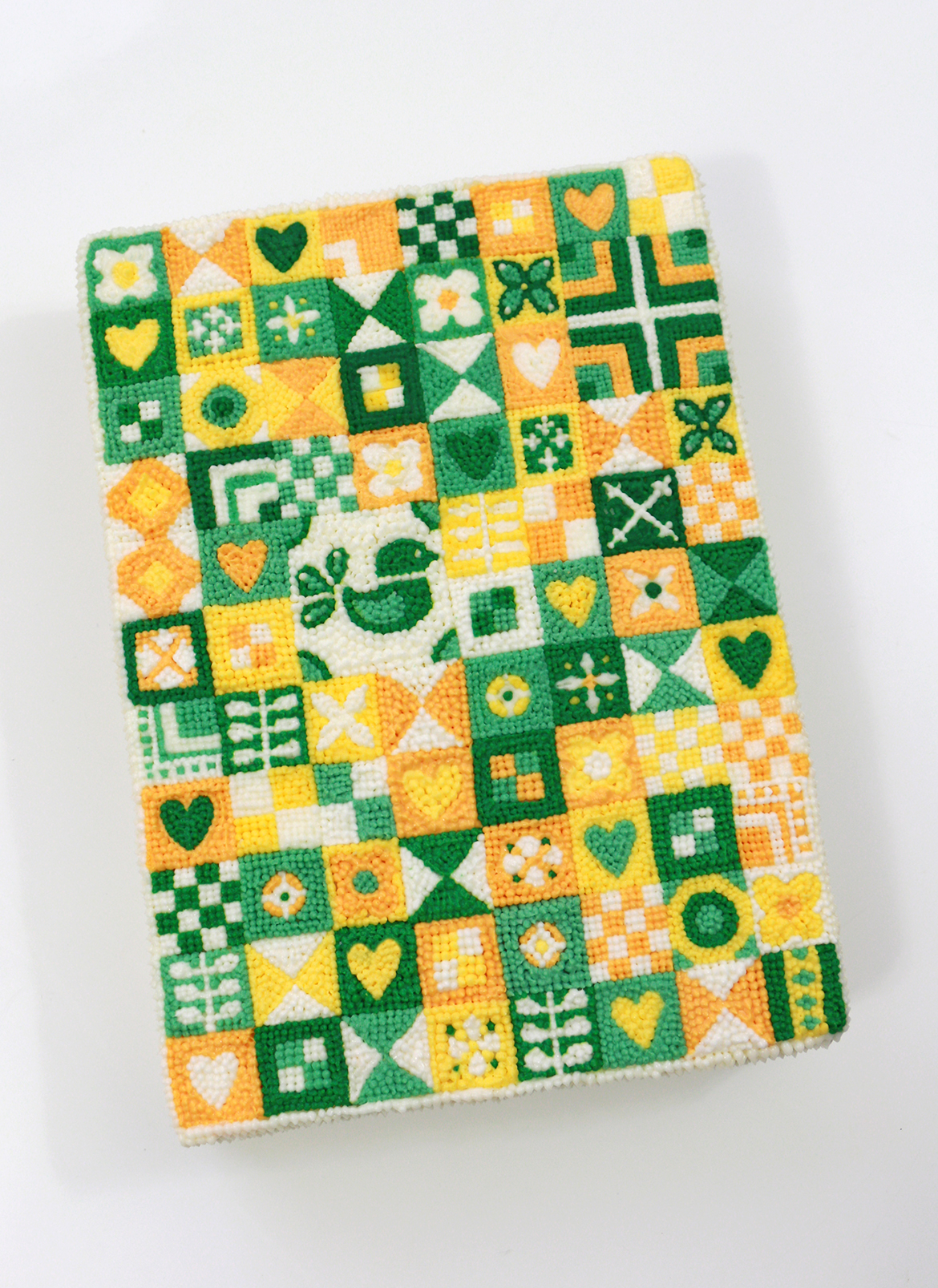 Not only does this cream cheese frosting taste absolutely delicious, I was surprised to discover just how smooth it was – which was VERY helpful when it came time to add those intricate piping details. I’d guess this is due to the simple ingredient label for Arla’s Original cream cheese, which has only four ingredients (cream, skim milk, salt, and cheese culture) and doesn’t use stabilizers, thickeners, artificial flavors or artificial preservatives – that’s less than half the ingredients used in the popular cream cheese brand I’ve used prior. It was so smooth that I found that when it came time to pipe those pattern details, the process was even easier than my usual go-to buttercream.

I’ve included the recipe for the frosting below. Sure, most would pair their cream cheese frosting with a spice, carrot, or red velvet cake, but I wanted to pair it with a moist vanilla cake as I felt it would result in a perfectly rich and decadent cake for a holiday party I have this weekend (and I’ve concluded that it definitely does). 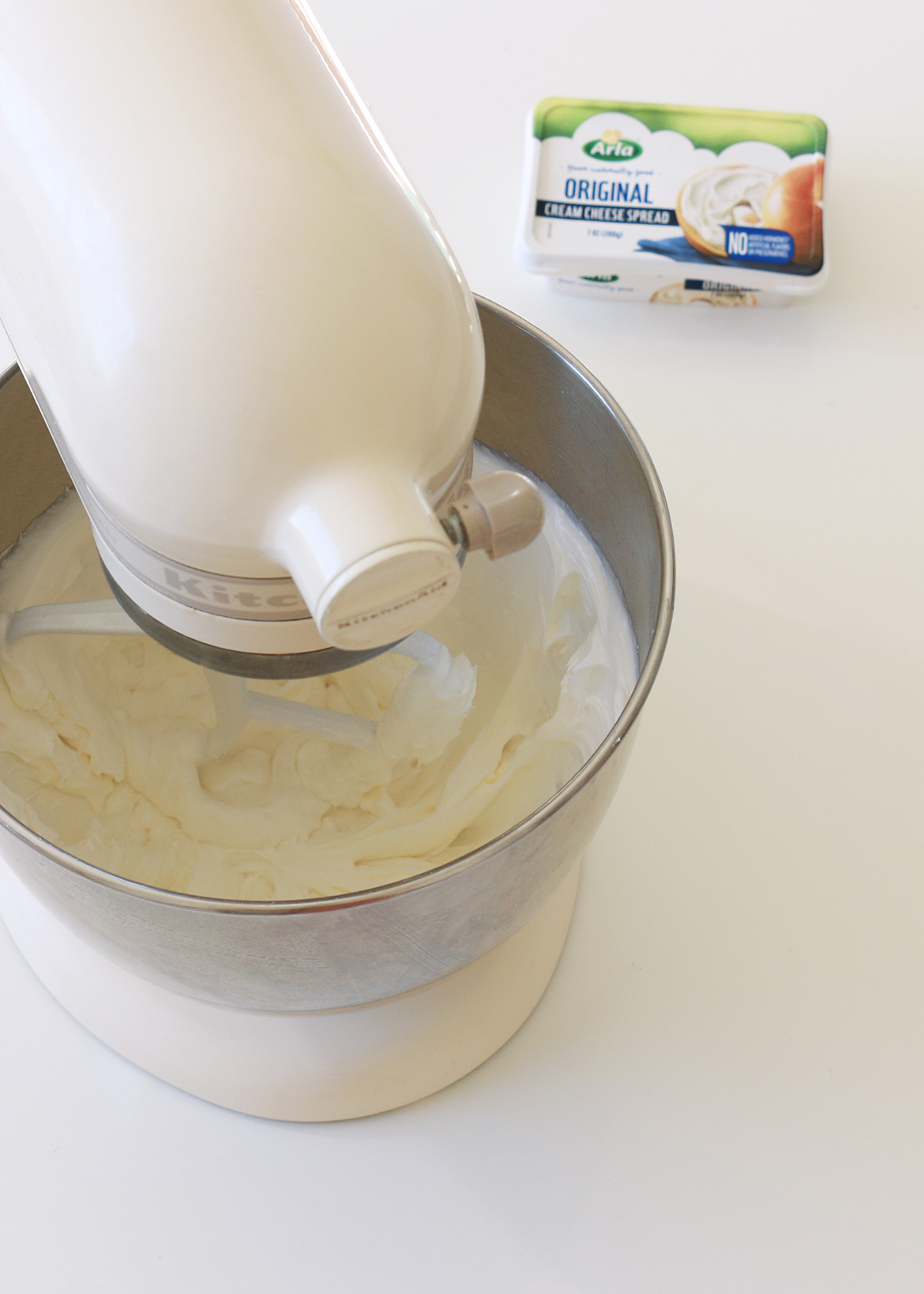 In the bowl of a stand mixer with  the paddle attachment, or in a large bowl with a hand mixer, combine the cream cheese and butter, and beat until smooth. Add vanilla and combine. On slow speed, gradually add in the sugar. Once all of the sugar has been added, increase the speed to medium-high and beat for 1 minute until fluffy and smooth.

If you’re frosting a large (sheet or layered) cake you’ll want to double the recipe. 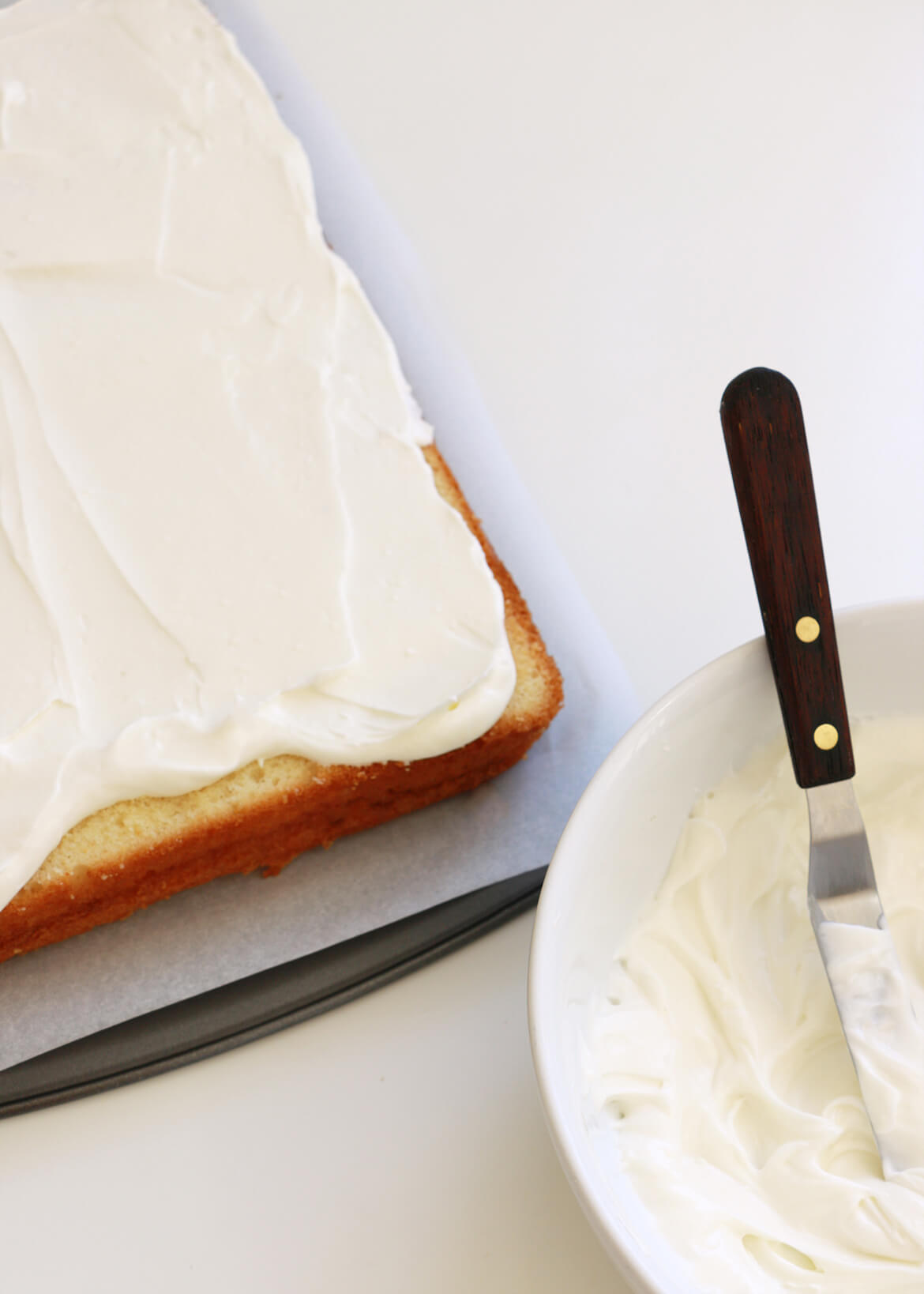 If you plan on using it to pipe intricate details like I did, you’ll want to divide the frosting into bowls to color. Insert a piping coupler into a piping bag and fill with frosting. Use a rubber band to close the bag. You’ll want to play around with some round tips to decide what size works best for you (I used a #2 tip), which is why I’d recommend using a coupler so that you’re not dedicated to one tip size for the entirety of your cake. 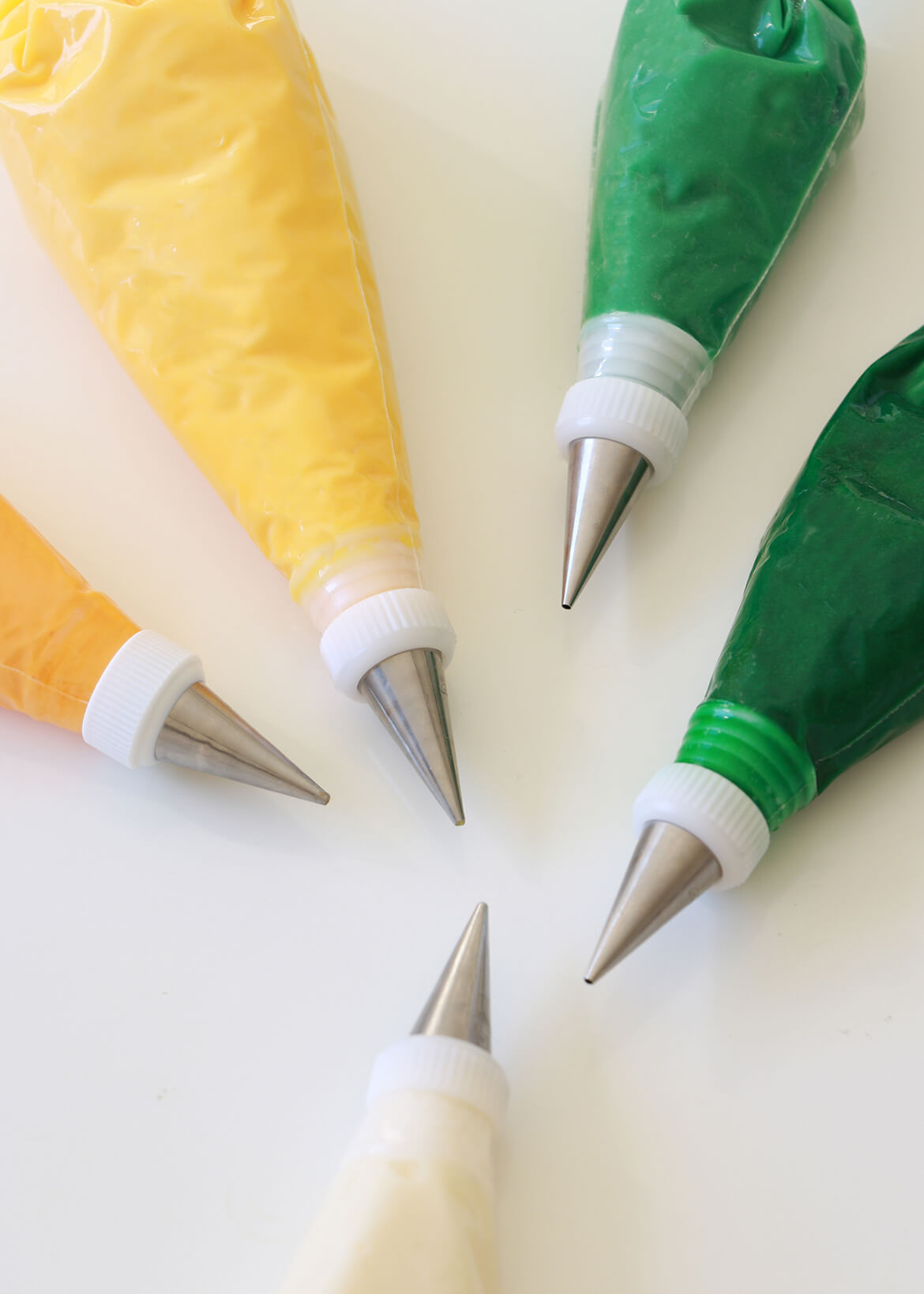 To be honest, this frosting is so darn good you’ll want to put it on every baked good you whip up.

To celebrate the inaugural National Cream Cheese Frosting Day, Arla is giving away one year of free cream cheese – head over to the @ArlaUSA Facebook page to enter. 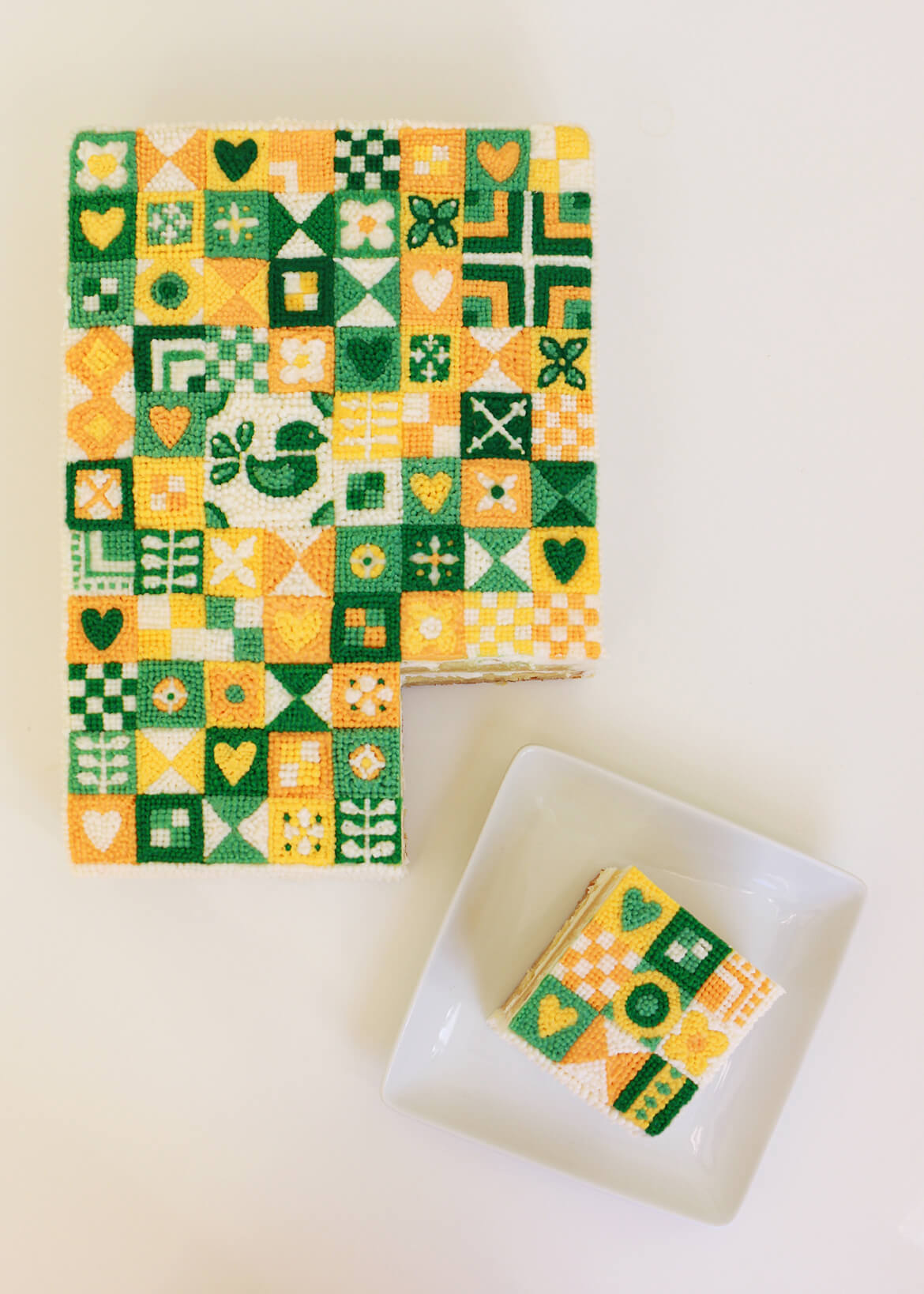 And lastly, I wanted to extend a big thank you to Arla USA for sponsoring this post. 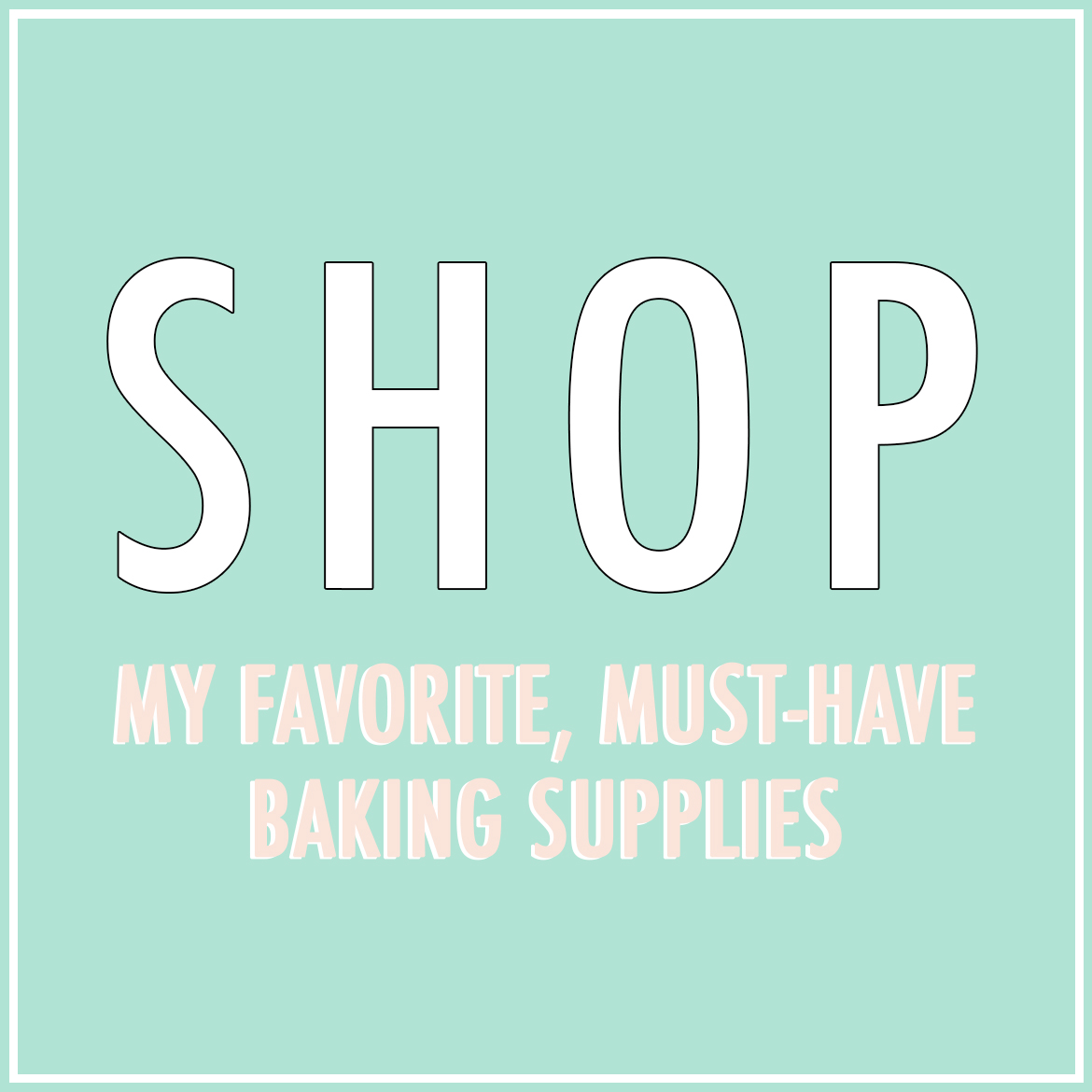